The opening round of 2018 saw action a plenty across the grid from Robin Bailey and Phil Chester’s battle up front right down to Jim Dodd shearing a driveshaft and hub.

Qualifying kicked off with Phil Chester (B GT V8) going to the top with a 1:18.30 on his second flying lap to comfortably take pole position while early on Paul Vernall in his ZR ran second place until Milligan took second mid session with a 1:20.11, Vernall improved to a 1:25.5 before pulling the pin. The surprise packed was Keith Ondarchie pushing his Stag into 4th spot and on debut Rodney Gibb in the big ZT 520 5th with a 1:28.9 just ahead of Chris Gidney (ZR), Vince Gucciardo (TF LE 500) and Tony Vollebregt (ZR), Barry Pritchett (TR6) and Andrew Watson (ZR) rounding out the top 10.

On debut Henk Zwartaveen lined up 13th while Herlihy impressed in 18th ahead of Dunford in 19th, Souter and Splatt in 22nd and 23rd.

Race 1 was in sweltering 33 degree heat with a lot of humidity, off the start it was Chester from Milligan, Ondarchie got the jump on Vernall on the run to turn 1 but Vernall slide down the inside, Gidney, Gucciardo, Pritchett ran in tow. The field settled down pretty quickly while Chester got his head down, two laps in the 1:19’s (fastest lap of the race a 1:19.12) opening up a 5 second gap on Milligan over the first three laps allowing Chester to consolidate in the extreme heat.  Mid pack the battle between David Anderson and Andrew Watson closed up, it wasn’t long before Anderson got past on lap 5, shortly after David Mottram got by as well putting Anderson and Mottram into 9th and 10th outright. Jane Vollebregt came to a stop in pitlane, and not long after Jim Dodd had a driveshaft failure on the exit of turn 4 and came to a halt on the back straight.

Up front It was status quo as Vernall split the gap to Ondarchie while Gidney and Gucciardo were separated by about a second on track, Gidney holding Gucciardo in place for 5th and 6th. Watson dropped down to 15th on the final lap pushing a few people up, Chester taking a comfortable win to Milligan, Vernall, Ondarchie, Gidney and Gucciardo in the top 6.  On debut Zwartaveen finished 12th to be best placed rookie ahead of Herlihy, Splatt, Souter and Dunford.

Race 2 Sunday morning and the weather was much more tolerable, Robin Bailey started in last and was 5th by turn 1, by exit of turn 4 he was 4th and by the end of the back straight he was 3rd. Chester set a 1:28.5 opening lap to have 1.5 seconds on Milligan and Bailey. On lap 2 it was Bailey who turned the wick up making a move on Milligan, Chester putting a 1:19.4 and Bailey a 1:20.02 with a big lock up at the end of the back straight.  The race continued with Bailey and Chester both setting 1:18’s on lap 3 before Chester’s car came to a slow crawl before limping back to the pits with an electrical issue.  Bailey went on to clean up from Milligan.  Vernall ran in third place, setting strong times in the 1:24’s before coming onto the front straight he slowed, limping around for the final two laps he finished 6th allowing Ondarchie to finish a flying 3rd ahead of Gucciardo and Gidney.  Britchett, Anderson, Mazzone and Vollebregt rounded out the top 10.

The final race and Chester started rear of grid, blazing through to 3rd on the opening lap as Bailey and Milligan were out front, Chester pushed into second place on lap 4 where the battle up front raged with Chester setting 1:18’s and on the final lap a slip up by Bailey at turn 1 dropped him to second handing the win to Chester, from Bailey and Milligan.

Vernall pulled into put lane at the end of the warmup lap while Ondarchie got a solid start running a comfortably 4th early on before having his brakes lock on and electing to pit.  Gucciardo got in front of Gidney, the two separated by next to nothing for the race with Gucciardo getting 4th, Gidney 5th.

Henk Zwartaveen was the most impressive debutant with consistent finishes and 1:33’s while Dunford Souter, Herlihy and Splatt all finished impressively across the weekend. It was a fantastic start to 2018 with two outright winners already and some great racing, Phillip Island is 6 weeks away and anything can happen! 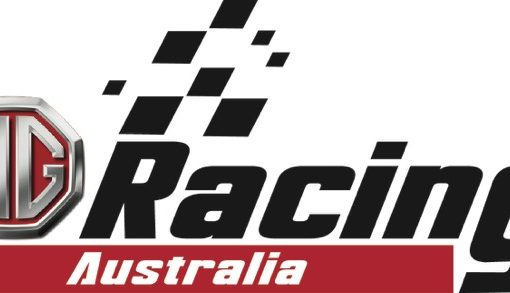 MG Racing is proud to launch our new regalia designs with the updated logo for purchase, to keep costs down we have […]