GB Galvanizing and Vince Gucciardo have unveiled the new weapon he hopes to challenge for race wins in 2018.

After two successful years campaigning an MG TF Cup and TF LE500 Gucciardo will step up to the top class of MG Racing in an MG C GT V8, the car campaigned by Bob Nordlinger before Phil Chester purchased the car in 2015 and proceeded to make a number of updates to develop the car into a potential outright race winner. The car had a stint driven by both Glen Wood (2015 Championship) and Phil Chester (2016 and part of 2017) before a deal was struck for Gucciardo to take over the reigns.

Gucciardo is excited to take the reigns, “I have done all of about 5 laps of Winton in the car, and it’s not about going for a championship but I want to challenge for race wins later this year”. Gucciardo has made a number of changes to the car again albeit to suit driver ergonomics primarily while the car now sports a striking matt green and dayglow livery which will really pop on the track.

“We have spent a fair bit of time updating a number of things to suit myself as a driver, we have changed the seat, driving position, I have fitted a Motec dashboard which gives me a bit more information and we can engineer the car a bit more, just stuff like that”. The car will debut

Gucciardo will run the car himself and will be engineered by former champ Glen Wood “It will just accelerate my learning, I am under no illusions it’s a big step from what I ran before and he will really help get me up to speed. We have made some setup adjustments to suit my style, and a new front splitter will hopefully help front end grip”

When asked what the biggest challenge will be compared to the Cup cars Gucciardo commented “its everything, its tighter inside, its faster, it has a sequential, visibility is different and it’ a lot hotter inside. It is a different challenge but I am excited”

“It would have been great to do a shakedown but we haven’t had the chance so friday testing will be crucial, and Glen will really help get me closer to the other guys come race day, I am not expecting to challenge for wins this weekend, but I just want to get through the weekend and put some miles under my belt in the car.  I have got to thank the boys for putting in the hours, Mick (Stephens), Paul (Edwards) and Phil (Chester) to get this ready for round 1”

Vince will be in action on March 3 & 4 at  Sandown 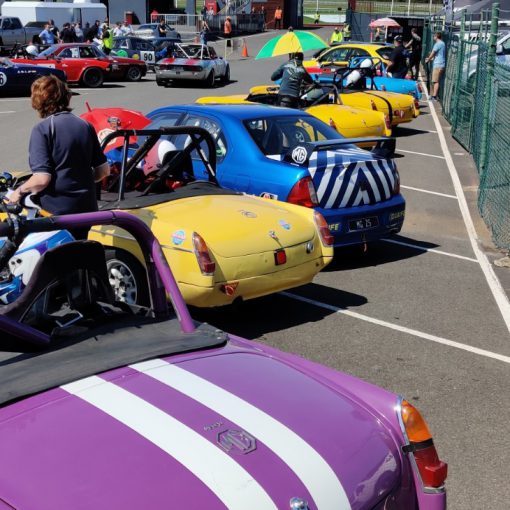 MG Racing is pleased to announce it’s third and final event for the 2020 season.  A few months back we planned to […]

We would like to congratulate all the 2016 award winners. Outright 1st: Phil Chester 2nd: Jason Holmes 3rd: Vince Gucciardo Open 1: […]