The Aussie Pools trophy race was a stellar 8 lap race where Gucciardo and Phil Chester gave the crowd a lesson on brilliant racing at the front of the field.  Gucciardo got the jump to turn 1 and was never headed.  Chester dropped to third early on before recovering for a strong finish setting the fastest lap, but despite all that Gucciardo took his best result in his 4 years of campaigning in MG Racing.

“it felt good, the car was so hooked up and when the tyres came on it was brilliant” commented Gucciardo.  Despite taking pole in tricky cold conditions he dropped back in race 1 after a minor mistake, “I was pushing but Phil’s car was really strong and I just couldn’t maintain the pace, I made a couple of small errors and he got by, I knew it was a case of tucking in but after that I made a few changes that night and the car really came on for Sunday’s race”.

Gucciardo got the jump and held the lead, a strong drive under pressure from Chester and both went faster than the day before, “I got the start, I put my head down as I saw Damien got in front of Phil and I knew the first couple of laps was key, I got away and Phil started to reel me in but I knew it was going to be hard if I maintained my pace”.

Excited to finally get his first win Gucciardo said it was a great reward for the hard work, “above everything its great for the guys who help out, Mick from Yarra Valley Towing, Ian Wood, Tony who does my engines, Phil for his help and support and all my family who let me do this. It has been a great weekend and pole, a win and a pair of second placings is a great weekend still” 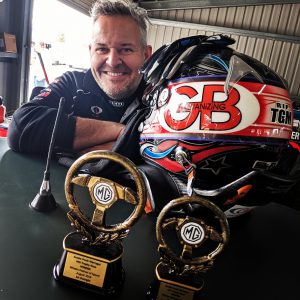 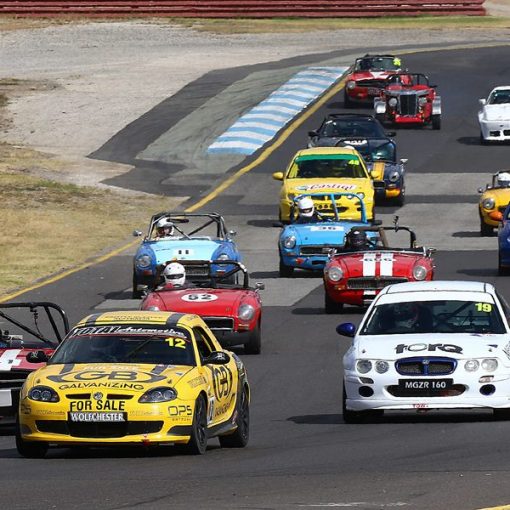 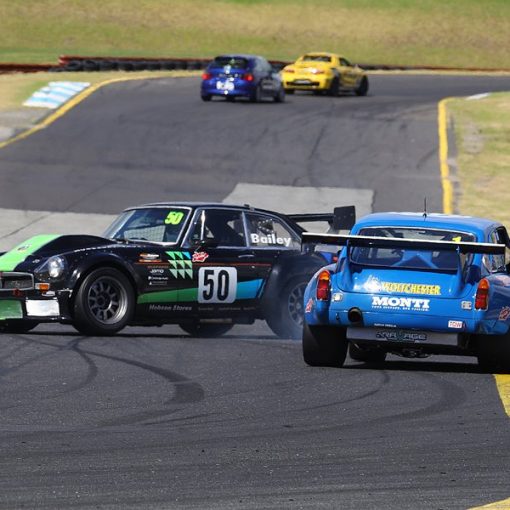