Paul Trevethan was a stalwart of MG Racing, 9x series titles, wins aplenty and built many cars that are still on the grid now.   It was appropriate that the series recognised Paul’s contribution at our biggest event of the racing year.

The ‘Hobson Stores Trophy Race’ was named the Paul Trevethan Memorial trophy race for the weekend and all trophies engraved as such, the series also putting on a fitting tribute to Paul with his old MG A, ‘The Caterpillar’ on display for Sunday courtesy of current owner Glenn Renshaw who also lead the series on the warm up lap of the memorial race.  The series also left the front row free and all competing cars ran ‘In Memory Of Paul Trevethan’ decals for the weekend. Paul Vernall thanked the many contributors to make it happen, “a big thank you to the organisers who accommodated our every request, Glenn for bringing the MG A down and spending the day with us, all the competitors for running the stickers it just was the most fitting send off and at such a major event it was truly amazing.  I think Paul would be proud of what we did and how we handled it”.

Fittingly the winning car was an MG B GT V8, the same type of car Paul ran for a long period of his career. 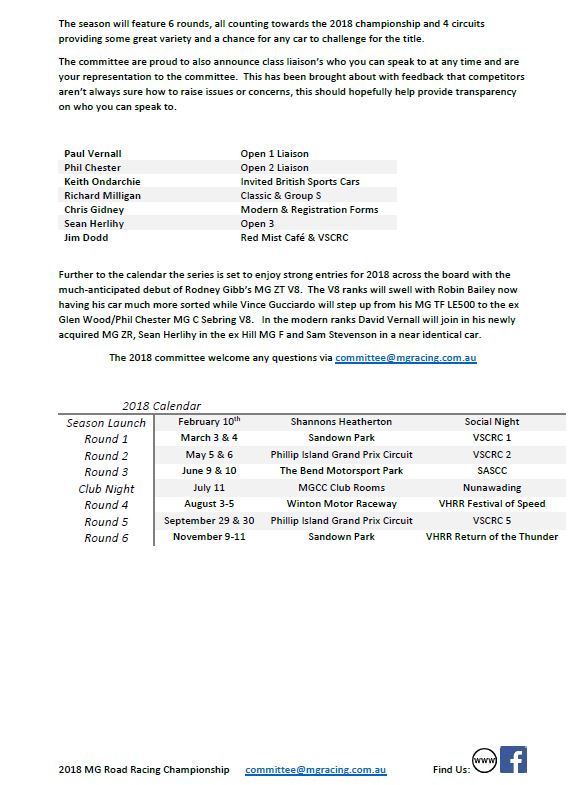 Aussie expat Andrew Crombie based in Singapore has a bargain GT V8 up for grabs. “The car was built over here for […] 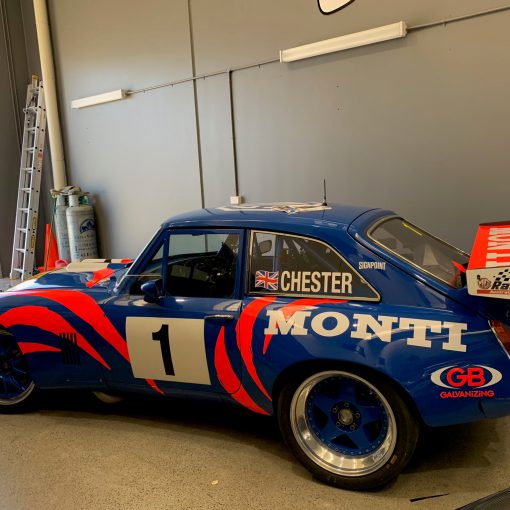