Friday saw our practice sessions, and it was Chester who led the way in the blue beast, setting times consistent with pole position, Cody Hill in the JHR MG ZR 190 was fast while Gucciardo set a new personal best to be looking strong as well.

Family affair with Tony, Jane and Richard Vollebregt in ZR, and two MG B’s were in the right ballpark and it was looking like a competitive weekend, until the last session on Friday when Chester came to a half with a mechanical issue that saw him having to put the V8 on the sidelines.  As our current champion it was nearly all over.  Late Friday came the news Adrian Akhurst was going to withdraw from MGs and lend his V8 ZT to Chester so he could continue his campaign.

Race 1 and it was Robin Bailey who lept off the start and led Milligan into turn 1 followed by Chester, Vernall and Holmes with Robertson, Gidney and Gucciardo behind.  Up front the two leaders ran off into the distance until lap 4 when Milligan came to a halt on the exit of turn 4 with a flat tyre, Chester moving to 2nd and Vernall 3rd overall.  Chester, Vernall and Holmes separated by 3 seconds in the battle for 2nd place.  After starting from the back Cody Hill had faught his way from last to 10th in the opening four laps and setting 1:28’s while St John Cox and Rodney Gibb were his next challengers.  After 6 fast laps it was Bailey from Chester, Vernall, Holmes, Robertson, Gidney, Gucciardo and on the final lap Hill pipping Gibb and Michael Wood getting by St John Cox for 10th.

Unfortunately Michael Wallace was a DNF with a head gasket failure, while Rod Wells came to a halt at the end of the back straight.  Wallace out for the weekend.

Race 2 Sunday morning and Bailey once again streaked off, Chester, Vernall, Holmes and Gucciardo was the order into turn 1, early on we lost K.Ondarchie as a casualty while the following lap Rob Splatt came to a halt and Rod Wells again not finishing a race.  Milligan got to 7th on the opening lap, and by lap 4 was back to 2nd place, and comfortably ran there while Bailey disappeared out front. Vernall and Chester ran close both doing 1:25’s, Chester a tenth up on Vernall but the brutal V8 had the legs to manage the gap at the ‘home of horsepower’.  Holmes settled for 5th from Gucciardo and Robertson while Michael Wood ran strongly to move into 8th ahead of Cody Hill and Geoff St John Cox in the top 10.   Hill suffering clutch issues which would ultimately put him out of the weekend.

Race 3 and this was the championship on the line, depending who you spoke to there was about 10 points in it between the three with Chester holding a slim lead.

Bailey and Milligan raced to turn 1, Bailey again holding the lead while Chester fluffed the start, Vernall slotting into 3rd with Chester 4th and Holmes 5th, Gucciardo, Robertson, St John Cox, Gidney and Mike Wood rounding the top 10 on the opening lap.  Richard Vollebregt came to a stop at the last corner on lap 2 putting him out, as the battle up front raged on with Bailey holding out  Milligan.

Gidney briefly got in front of St John Cox on lap 2, before we lost Greg White and Rodney Gibb on lap 4, Bailey now into the 1:19’s and running away while to a small lead, Vernall holding 3rd while Jim Robertson dropped from 8th to 10th.  The gap out front out to 3 seconds by the flag Bailey, Milligan and Vernall for the final podium of 2017.  Chester and Holmes rounded the top 5 while Gucciardo came home 6th, our top 3 in the championship 4th, 5th and 6th.   The remainder of the top 10 saw St John Cox, Gidney, Robertson and Wood rounding out the 10.

So, who won the championship? We will have to wait for the official points to get signed off! 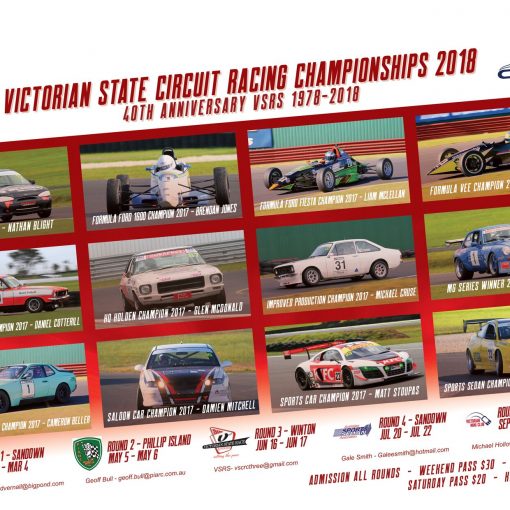 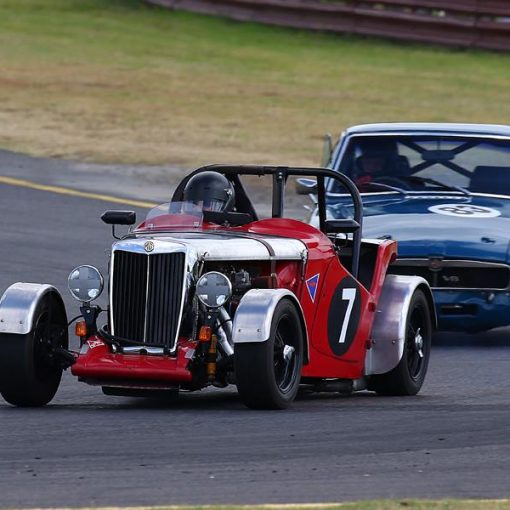